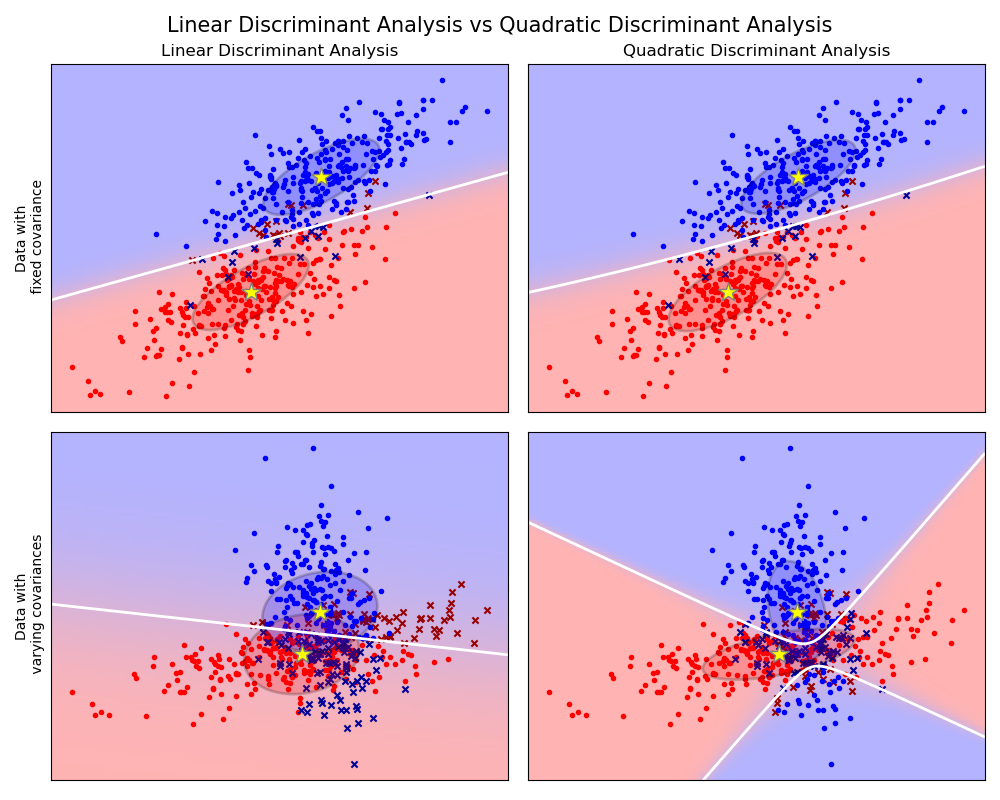 Linear Discriminant Analysis (LDA) is a dimensionality reduction technique commonly used for supervised classification problems. The goal of LDA is to project the dataset onto a lower-dimensional space while maximizing the class separability.

LDA is very similar to Principal Component Analysis (PCA), but there are some important differences. PCA is an unsupervised algorithm, meaning it doesn't need class labels . PCA's goal is to find the principal components that maximize the variance in a dataset. LDA, on the other hand, is a supervised algorithm, which uses both the input data and the class labels to find linear discriminants that maximize the separation between multiple classes.

LDA can be performed in 5 steps:

First, calculate the mean vectors for all classes inside the dataset.

After calculating the mean vectors, the within-class and between-class scatter matrices can be calculated.

where is the scatter matrix for a specific class

and is the mean vector for that class

Alternativeley the class-covariance matrices can be used by adding the scaling factor to the within-class scatter matrix.

where is the overall mean, is the mean of the respective class, and is the sample size of that class.

Next, LDA solves the generalized eigenvalue problem for the matrix to obtain the linear discriminants.

Transform data onto the new subspace

After selecting the eigenvectors, we can use the resulting -dimensional eigenvector matrix to transform data onto the new subspace via the following equation: